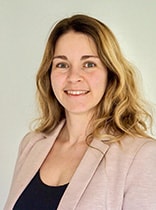 Fanni Tóth is Research Associate at the School of Social Sciences, Loughborough University. Her research concentrates on democratisation, political attitudes, Europeanisation, public administration and public policy, with a regional focus on Eastern Europe. Fanni holds an ESRC-funded PhD in International Relations from the University of Nottingham. Her thesis examined the transformative power of the European Union on political attitudes in post-communist Europe, considering the impact on support for democracy and the EU. Using both quantitative and qualitative methods, the thesis concentrates on the attitudes of both elites and the general population, demonstrating that the EU has a measurable effect in changing perceptions, both within and outside of its borders. In addition, the thesis also reveals that Euroscepticism can act as a moderator on the EU’s positive impact, demonstrating the dangers of distrust in the EU on the consolidation of new democracies. The thesis was awarded the British Political Studies Association’s Lord Bryce Prize for best dissertation in comparative politics. Fanni has also collaborated on other research projects, including the EU Competencies Project – a new index of the Europeanisation of policy based on an expert survey – and the British Academy and DfID Anti-Corruption Evidence Programme. Fanni’s primary responsibilities on the project consist of assisting with the quantitative data collection, analysis and management.

Illiberal Turn continues during the pandemic

The COVID-19 pandemic has presented our project team with unexpected…