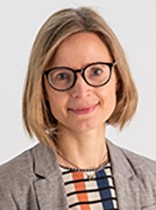 Sabina Mihelj is Professor of Media and Cultural Analysis in the School of Social Sciences, Loughborough University. Sabina’s research focuses on the comparative study of media cultures across both traditional and new media, with a focus on nationalism, identity, memory, and Eastern and Central Europe. She has written extensively on the relationship between mass communication and cultural identity, on comparative media research, and on the role of media and popular culture in the Cold War. Her latest book is entitled From Media Systems to Media Cultures: Understanding Socialist Television (Cambridge University Press, 2018). Sabina’s research was funded by the Arts and Humanities Research Council, the Economic and Social Research Council, the British Academy, the Leverhulme Trust, the Norwegian Research Council, and the Ministry of Science and the Ministry of Culture of the Republic of Slovenia. She is a member of the Arts and Humanities Research Council Peer Review College, and sits on the editorial boards of several international media and cultural analysis journals. Over her time at Loughborough, Sabina served as Programme Director for both undergraduate and postgraduate degrees in communication and media studies. She currently acts as School lead for Loughborough’s REF2021 submission to the D34 panel, and leads the Media, Memory and History strand of the Centre for Research in Communication and Culture.

Media and the Illiberal Turn conference

Over two dozen scholars from more than ten countries gathered…

The Illiberal Turn team is happy to announce that we…