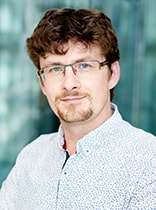 Václav Štětka is Senior Lecturer in Communication and Media Studies at the School of Social Sciences, Loughborough University, where he has been working since 2016. Having started his academic career at Masaryk University in Brno, the Czech Republic, he was Senior Research Fellow at the University of Oxford between 2009-2013, working on an ERC-funded project Media and Democracy in Central and Eastern Europe. Between 2013-2016 he was leader of the Political Communication Research Group (PolCoRe) at Charles University in Prague. His research interests encompass political communication and the role of new media, media systems in Central and Eastern Europe, media ownership and journalistic autonomy. Václav was a member of the Executive Board of ECREA (European Communication Research and Education Association) between 2015-2016, and since 2016 he is Vice-Chair of the Political Communication Section of ECREA. He is currently an active member and contributor to several international research projects and networks, including Digital News Report (Oxford University), Media Pluralism Monitor (European University Institute in Florence), or the Network of European Political Communication Scholars (NEPOCS). His previous research project “The Role of Social Media in Political Communication and Civic Participation in the Czech Republic” (2013-2016), funded by the Czech Research Foundation, was awarded the Chair’s Prize for outstanding research outcomes.

Media and the Illiberal Turn conference

Over two dozen scholars from more than ten countries gathered…

The Illiberal Turn team is happy to announce that we…